Odysseys Of An Idling Polar Sun (Musical Diary Of My Spiritual Journey To The Ukraine, Oct 2017)

by Wings Of An Angel 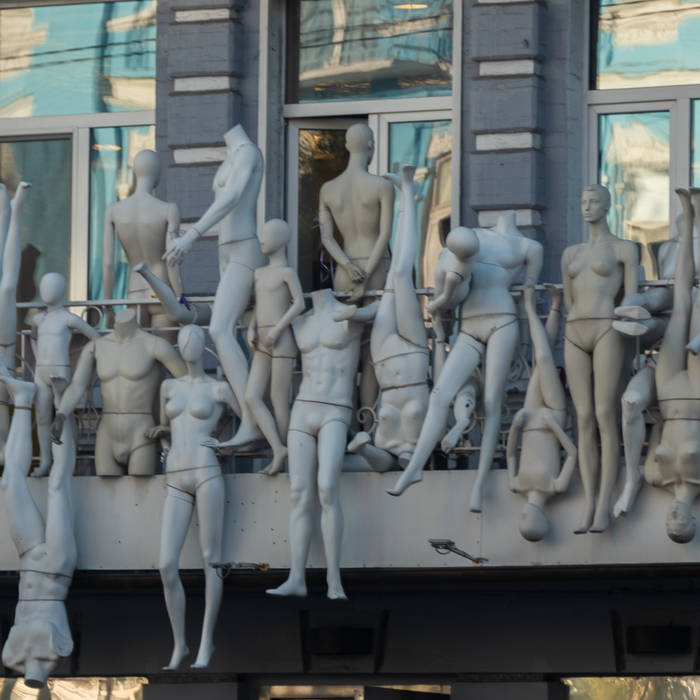 "Normally the wings of an angel would knock on my window and fly in as I open them willingly for the feathered guest. But for this special occasion (the performance of Odysseys Of An Idling Polar Sun, also known as ‘the musical diary of the Wings of an Angel’s spiritual journey to the Ukraine’.) the wings didn’t knock, but just flew in through the chimney. Luckily I wasn’t burning wood or tax bills in a fire & the musical calming impressions of this mythological ambient character had me instantly sedated with its wordless stories. I waved high, lid a cigar and set myself back in a comfortable position; when the wings without the angel attached come over to visit you with music, you simply sit back and respectfully take it all in.

I looked up (already relaxed) as the wings flew kindly around my head, performing a mystique showcase of polite sounding melodies. All dreamy, melancholic and non disturbing. The trip to the Ukraine must have had a long lasting impression on Wings Of An Angel’s productive mind. Even though communication through words wasn’t possible (wings might be able to fly, but don’t come (as far as I know) with a mouth, tongue and lips.) the sexless wings would sketch the journey with its mellow soundscapes. Just closing my eyes and hearing the Wings of an Angel doing its thing took me there, almost as its music could give the listener a pair of wings, ready to fly on and in the memories of the unusual artist.

I almost set myself on fire as the music story had kindly knocked me out into a temporary sleep, making my cigar to fall on my inflatable knitted Christmas sweater. Luckily the Wings of an Angel had been there and was well prepared as the flying artist flapped with a strong touch of one of the wings the whole cigar into the fireplace. This instant action had awakened me and made me thank the welcoming guest for it’s relaxing wonder of sharing its musical diary & saving my life at the same time.

After that I didn’t fell asleep anymore, listened carefully to the sounds and mellow melodies; spiritually floating somewhere among the thoughts that the angel wings had implanted through music. Still my eyes wandered towards the explanatory links that the speechless Wings of an Angel dropped along with each diary chapter. Maybe wings might not be equipped with a mouth to speak, they do are able to type. You could just imagine these feathers typing away on a modern day computer keyboard to give each soundtrack a voluminous title.

Most of them are of such a grotesque length that by the time the track had played out, my eyes and mind had just captured the last word of the track’s name. (I’m a bit slow…) making these diary to music ambient pieces even more than music. A illuminated artwork with things to hear and to read, creating enough material to keep brace listeners occupied for the time being… when Wings of an Angel played all its audio stories the friendly pair flapped gracefully as to say goodbye & quickly flew back into the chimney in which the cigar smoke had accumulated. Goodbye Wings of an Angel! Please come back soon!"
(yeahiknowitsucks.wordpress.com/2017/12/29/wings-of-an-angel-odysseys-of-an-idling-polar-sun-musical-diary-of-my-spiritual-journey-to-the-ukraine-oct-2017/)

Wings Of An Angel Israel

Home Of The Acclaimed Ambient Alchemist - Wings of an Angel. Located on the Bandcamp Top 500 Artists Chart And Hailed As One Of The Most Important Ambient Artists Worldwide. My Music Soothes Headaches Like No Paracetamol Can.

Wings Of An Angel recommends:

Bandcamp Daily  your guide to the world of Bandcamp

outré black metal, with a Victory Over the Sun interview and music from Liturgy and Jute Gyte.