by Wings of an Angel & Scott Lawlor 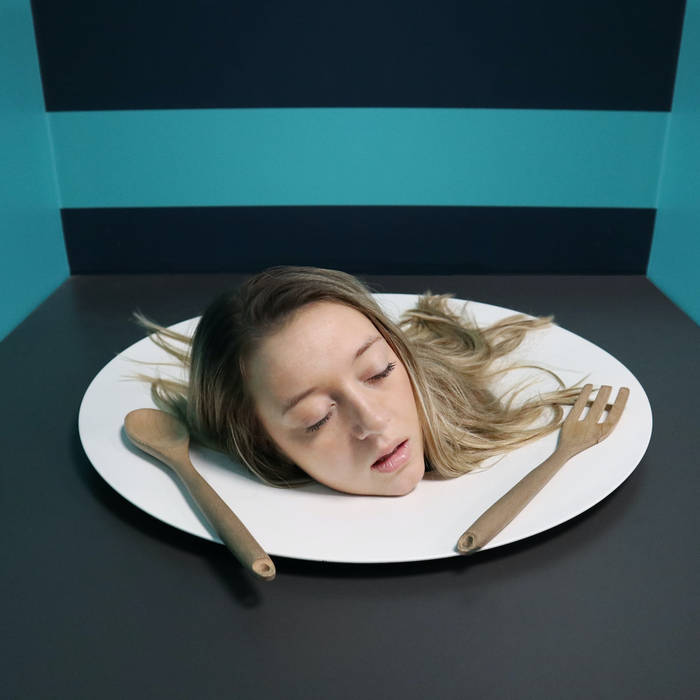 The end has come, the end is here, the end is now, the end is near! Sheesh! The year of 2015 is over. And what a rollercoaster ride it has been! This year will be remembered first and foremost as the year when terrorism – and especially Islamic terrorism – has shown its full- blown ugly head. This album is subsequently titled BOKO HARAM. What the hell is Boko Haram, you may ask?

It is a terrorist organization subtitled as Group of the People of Sunnah for Preaching and Jihad and is based in Nigeria of all places. The name "Boko Haram" can be literally translated as "Western education is forbidden". As its core, Boko Haram was founded as a Sunni Islamic fundamentalist sect, influenced by the Wahhabi movement, advocating a strict form of Sharia law. And as you know from life experience – strict means trouble is around the corner…

Let us elaborate: For those of you who have been asleep for the greatest part of 2015, here's a newsflash: THE WORLD IS AMIDST A CULTURAL WAR; a die-hard clash of civilizations. Now, we have nothing against the great Arabic civilizations of the past, having studied history very well and being avid intellectuals of sincere valor. But, what is happening right now in the world has nothing to do with civil law or civilized behavior. Unfortunately, in the last dozen of years, and especially since the infamous so-called "Arab Spring" and collapse of nations one after another, the lack of steady pillars in the Arab world has shown its nature and has taken its toll. Instead of choosing and following humanistic values, they have chosen the method of practical Jihad, which inter alia, is a sign of decadence and degeneration.

Many nations engage in warfare for resources – there's nothing new about that. Very few, however, go as far as destroying its own resources (physical, cultural, intellectual et al.) and people with such fierce brutality and inhuman cruelty. It is the embodiment of nihilism. Say what you will, but except very few countries in the Gulf (which produce nothing and rely solely on western technology, research and knowledge) – all countries in the Arab world have been literally a hell on earth for their inhabitants, starting with weakest (women, children, the elderly etc'). No place in the Arab world succeeded in the last hundreds of years to become a haven or a safe place; not to mention the weakening of intellectual strength and null investment in human capital; all the while corruption (moral, civil, pseudointellectual etc') has been the king and prince of these nations.

Many countries have problems and it's easier to speak of foreign affairs than to look inward; believe us, we're not denying the problems of our own places of residence, but while our countries have succeeded in producing an amazing array of cultural and societal accomplishments and are considered more or less safe and flourishing – they Arab world at large, with their societies in particular, are busy fighting between themselves and blaming the whole world for it – U.S., Israel, Europe et al.

While it's true that nobody is innocent and dirty politics is unfortunately everywhere – the behavior the adherents of these ideologies execute against their own and all others in the world are a historic stain and grave sin that nobody else is responsible for. Instead of looking deeper within themselves and fixing little by little the roots that have stirred the extremism within themselves – they keep on removing any sign of civilized patterns from their actions towards others.

Without getting into religion as I am an Atheist and Scott is a Deist, we both have the utmost respect for other cultures, recognizing and accepting the benefits of each to human evolution – we see how folly interpretations of manmade texts that don't get contradicted immediately – turn into deadly ideologies. To us, there's no such thing as a divine religion; all are human religions in the sense they go through vigorous hermeneutics and either evolve or devolve.

It is sad for us to say this out loud but "the religion of peace" is at the present moment everything but peaceful. It is the source of tragedy, misery and horrendous crimes against humanity; all being conducted and executed in its name, without much echo within the Muslim world. This hypocritical silence of the so-called intellectuals, Sufis and all others who have a voice but choose silence over the naked truth – is the stark Achilles' heel of any possible evolution onward.

Remember that history remembers all; one day when the Yezidis ye have murdered by the thousands, the Kurds, the Jews and all else will perhaps be in power over you – they will all remember your silence of the lambs and make their judgements accordingly.

Just as the Jews, Gypsies and many others will never forget the Holocaust and the deadly silence of the Germans and their allies; in this very way, your surviving victims will never forget and forgive the Arab and Muslim world for their silence and for turning their backs. History loves its justice served in due time.

This album with its slightly brutal atmospheric drones reflects these thoughts and emotions in three parts: The journey starts with Junk Yard Testosterone – a metaphor for manpower which instead of nurturing and nourishing has become a serial killer type of power. Men are the main warriors of Jihad "thanks to whom" countries such as Yemen, Lybia, Syria, Iraq etc' have become a mass graveyard and site of cultural and spiritual extinction. Similarly to the Ice Age, these men, by their own will and choice, are bringing disaster into the lives of their surroundings. Evolution wise, this kind of Testosterone is best to be found at a junk yard. That's where it belongs.

The second part of the journey is a very harsh and foreboding drone: Post-Traumatic Fun. The title is suggestive of the subversive sick humor Jihadi organization find in showcasing gory deaths and executions of innocent helpless human beings.

The third part of the journey, one which we both consider to be the magnum opus of the album: In This No Man's Land, You Blow Yourself Up To Avoid Coming Back To Your Blow Up Doll At Home, is a track in two parts, the first depicting the sudden shock of so many terror attacks in such a short span of time, and the second half is more melancholic, depicting the internal and external grief of members of our world who wonder "what has happened that we have come to this?" The title suggests a lack of responsibility of the terrorists for their barbaric ways, they would rather blow themselves up, rape women, pillage and burn away any meaningful societal constructs than to return to their homes of self-examination and reflection which could lead to a change of direction: towards civilization.

All the while Western civilization is responsible for hundreds of years of successful innovations, technological developmental, an unprecedented richness of intellectual pursuits (from classical music to poetry and visual art, ballet, theater, medicine, academies etc') – what has the Arab and Muslim world contributed in recent decades to the human enterprise but wars, immigration, victimization, spiritual and cultural poverty and the list goes on?

If you answer these questions frankly and remain sincere, you will perhaps be able to contribute to finding a solution, because this has been written with humane compassion in order to promote finding integral solutions to a problem that is beyond being solely tribal – it is global and threatening the whole wide world which we humans temporarily inhabit.
- - - - - - - - - - - - - -
"A dark tale for a dark topic. Be sure to read the liner notes for this epic as they are instrumental in the naming and composition of the album." (Brian Bourassa)

Wings Of An Angel Israel

Home Of The Acclaimed Ambient Alchemist - Wings of an Angel. Located on the Bandcamp Top 500 Artists Chart And Hailed As One Of The Most Important Ambient Artists Worldwide. My Music Soothes Headaches Like No Paracetamol Can.

Wings Of An Angel recommends:

Bandcamp Daily  your guide to the world of Bandcamp

outré black metal, with a Victory Over the Sun interview and music from Liturgy and Jute Gyte.